Al was born in Butte, Mt to Albert Louis Anglin and Martha Eloise Taylor. They moved to Everett, WA and Marysville, WA where he and his younger brother, Chuck grew up.  At age 15, he joined the  Merchant Marines and then 2 years later he joined the Air Force where he served his country for 16 years in the Azores, Portugal, Korea, Germany and Stateside.

He married Joyce Shemwell in 1950 and had 2 children, Albert (deceased) and Eddie, of Belleville, IL. He joined the Snohomish Sheriff’s Department as a Deputy Sheriff where he enjoyed law enforcement for 3 years. In 1962 he married Evelyn Anne Punteney and fostered 2 sons, Mark and Michael.  Al joined the Medina Police force as their chief in 1965 where he served for 23 years. His citizens loved and adored him. While Al was still Chief of Medina he was on the board for the Washington State Chapter of the American Diabetes Association. In this capacity he organized their annual Bikethon fundraiser routes and personally raised over $200,000 for Diabetes Research with the help of significant donations from his citizens and friends over a 10 year period. He also loved bicycling and rode the Seattle to Portland ride, 216 miles in 2 days, 14 times with 10,000 riders each time.

He married Lynn Janikun in 1983 in Toronto, Canada and remained in this love affair for 38 years until his passing in Tucson, AZ. In 1989 he retired from Medina as their Police Chief and Director of Public Safety. Al and Lynn traveled extensively throughout the United States, Canada, Europe and Israel.

He is survived by his wife, Lynn; his son, Eddie and his wife, Ruthie; their children: Amanda, Adam and wife, Gabby, Hailee and her husband, Austin; his great grandchildren: Mikayla, Jeffrey, Rosalind and Oscar. His deceased son, Albert Jr. had 2 children who survived him: Aimee and A.J. His son, Michael and his wife, Cindy and their daughter, Amanda and her husband, Creed with his great grandchildren, Layne and Dorothy all have survived him.

May his soul Rest In Peace. 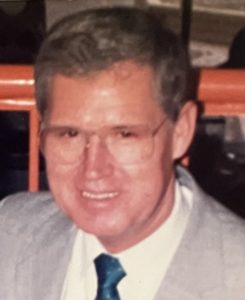 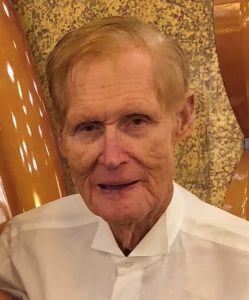